Donate
Home
|
Who We Are
|
WSE Team

We implement our community developmental activities across the country through a five Managing Trusts, which have been formed to save more lives with the support of community and aim to formation of a just society based on human values. Our activities are run by a core team of faculties with assigned responsibilities to plan and implement the social initiatives. 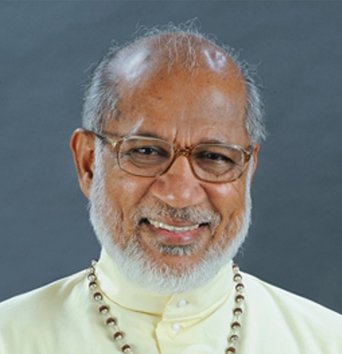 Mar George Alencherry was born on 19th April 1945 in the parish of Thuruthy in the archdiocese of Changancherry as the sixth child of the ten children of Mr. Philipose and Mary Alencherry of whom two others are priests (Fr. Jose Alencherry and Fr. Francis Alencherry, SDB) and one, a religious sister (Sr. Cherupushpam, S.A.B.S.). Geevarghese is his baptismal name. Mar George Alencherry had his primary schooling at St Marys’ School, Thuruthy and secondary education at St Berchmans’ High School, Changanacherry.He began his priestly formation in 1961 at the archdiocesan minor seminary at Parel, Changanacherry. While he pursued his studies in the minor seminary, he obtained his BA in Economics from St Berchmans’ College with second rank in the University of Kerala.. After the minor seminary studies he was sent to St Josephs’ Pontifical Seminary, Aluva where he completed his philosophical and theological studies.

When Pope John Paul II established the diocese of Thuckalay on 11th November 1996 Mar George Alencherry was appointed its first bishop. He was ordained bishop on 2nd February 1997 at Thuckalay by Mar Joseph Powathil, the then archbishop of Changanacherry.

As bishop Mar George Alencherry served the Syro-Malabar Church in his capacity of the secretary of the Synod of Bishops and chairman of the Syro-Malabar Major Archiepiscopal Commission for Catechism. He has also served as chairman of the Commission for Laity of the catholic Bishops’ Conference of India (CBCI). Mar George Alencherry has to his credit a Book with the title Morality Today and Tomorrow in Malayalam and a number of articles on various topics in English and Malayalam. The new major archbishop is proficient in Malayalam, Tamil, English and French.

On 26th May 2011 the Syro-Malabar Major Archiepiscopal Synod elected Mar George Alencherry as the father and head of more than 40 lakhs Syro-Malabar faithful living all over the world. His enthronement as the Major Archbishop of the Syro-Malabar Church and as the Archbishop of Ernakulam-Angamaly took place at St. Marys’ Cathedral Basilica, Ernakulam on 29th May 2011. His Holiness Pope Benedict XVI nominated Mar George Alencherry a member of the college of cardinals on 6th January 2012. At the consistory on 18th February 2012 he was raised to the dignity of a cardinal. He is a member of the Congregation for the Doctrine of Faith, of the Congregation for the Eastern Churches and of the International Council for Catechesis. His Beatitude participated in the Conclave which elected Pope Francis. 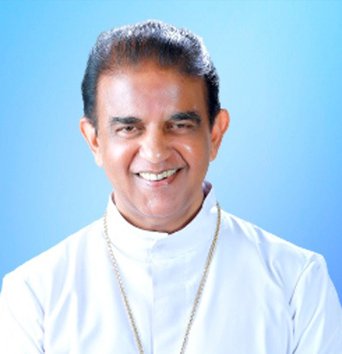 Mar Antony Kariyil is form Cherthala, Alleppey in Kerala. He became a priest of the CMI Congregation in 1977. Mar Antony Kariyil was professor and later Principal of Christ College (now Christ University), Bengaluru from 1978 to 1997. He was Principal of Rajgiri College of Social Sciences, Kalamassery from 1997 to 2002 and from 2011 to 2015 Director of Rajgiri College of Social Sciences, Rajagiri Business School and Rajgiri School of Engineering and Technology, Kochi. He was the Prior General of the CMI Congregation from 2002 to 2008 after which he served as the Provincial Superior of Sacred Heart Province, Kochi till 2011.

Mar Antony Kariyil who holds Diploma in Kannada (Bengaluru University), Bachelor of Theology (DharmaramVidyaKshethram, Bengaluru), Licentiate in Philosophy (JnanaDeepamVidyaPeetam, Pune) and Ph. D in Sociology (Pune University). He has several publications to his credit including three books: ’Church and Society in Kerala: A Sociological Study’, ’Thiruvayassu’ and ’SuvarnaChinthakal’.

He was ordained bishop on 18th October 2015 and presently he is the Archbishop of Ernakulam-Angamaly Archdiocese. He is also president of Welfare Services Ernakulam. 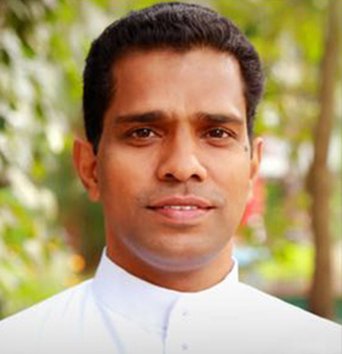 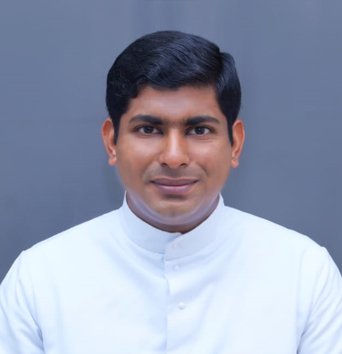 Fr. Ancil Maippan, is from Karukutty in Ernakulam district of Kerala andhe is a graduate in Philosophy from the University of Calicut. He was ordained priest of the Archdiocese of Ernakulam- Angamaly in the year 2015 and has served different parishes under the Archdiocese as parish vicar and presently he is serving as the Assistant Director of Welfare Services Ernakulam since 2021. 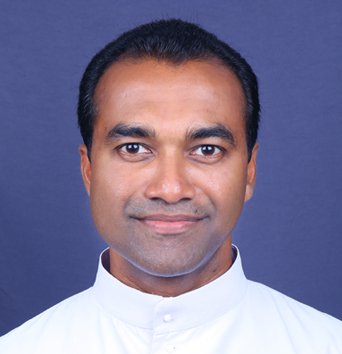 Fr. Baiju Varghese is a diocesan priest belonging to Archdiocese of Ernakulam-Angamaly. Presently he is the Assistant Director of Welfare Services Ernakulam. He learned yoga in the year 2008 and later took Diploma in Yogic Science from Lonavala, Maharastra in 2009. He continued to learn yoga with a passion and took MSc. in Yoga in the year 2013 from S-VYASA University, Bangalore. Now Fr. BaijuVaghese (Peter) is a Yoga Instructor along with his priestly profession. Besides, he is serving Naivedya Ayurveda Hospital and Research Centre based at Ponnurunni, Kochi in the capacity of Health Director.

Mrs. Alph Anie Mini Joy, is a Chartered Accountant by profession. She passed CA in the year 2004 and took MBA from Mahatma Gandhiji University in the year 2006. Presently she is working as Finance Controller in Right Infrastructure Pvt. Limited since 2012. She has served as General Manager in Lots Shipping Limited from 2004 to 2012. Currently she is a board member of Welfare Services Ernakulam since October 2019 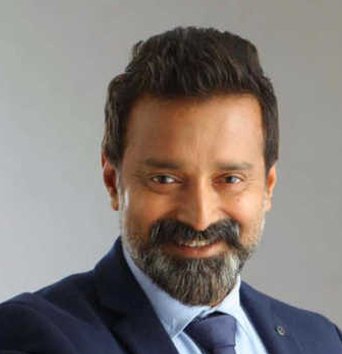 Sijoy Varghese is a graduate in Commerce from the MG University of Kottayam in the year 1991. He is a film actor and ad-film maker by profession. He is from Thripunithura, Ernakulam in Kerala and is actively involved in cultural field. He has held different positions in Indian Ad-film Makers Association and Pastoral Council of Archdiocese of Ernakulam-Angamaly. He is also Good will Ambassador of Road Safety Janamaitri Police and Indian Blind Football Team.

Dr. K.V. Reethamma is a native of Kochi and is a retired Principal of Government College, Madappilly. She has served as the National President of Syro-Malabar Matruvedi in the year 2018, Core Committee member of CBCI Council of Women, New Delhi, Internal Complaints Committee member of Coir Board, Federal Bank Limited and as Board Member of Bharat Mata College, Thrikkakara, Ernakulam.

Fr. Jose Maipan is a Graduate in philosophy from Kerala University and he has taken post-graduation. Fr. Jose is a diocesan priest of the Archdiocese of Ernakulam-Angamaly. He is currently the Board Member of Welfare Services Ernakulam. He has served the organization for three years in the capacity of the Zonal Director and later 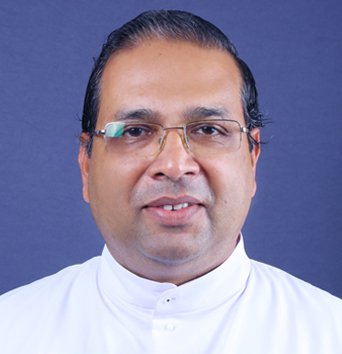 Fr. Jose Puthiyedath is a Master degree holder in Theology from Salesian Pontifical University, Rome. He has taken Doctorate in Theology with specialization in Catechesis. Fr. Jose became a diocesan priest of the Archdiocese of Ernakulam-Angamaly in the year 1983. He is currently the Board Member of Welfare Services Ernakulam. He has served vicar of the different parishes under the Archdiocese of Ernakulam-Angamaly 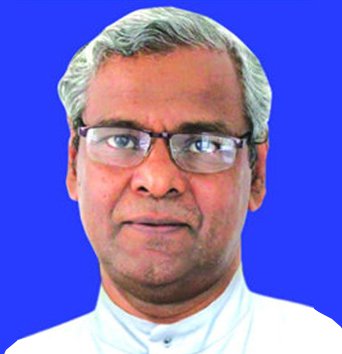 Fr. Xavier Thelakkat has taken M A in English Language and Literature from Mahatma Gandhi University, Kerala, India and D Min (Consortium of Theological Schools in Minnesota, USA in Homiletics, the thesis title being A Manual for Narrative Preachers in India).Fr. Xavier is a diocesan priest of the Archdiocese of Ernakulam-Angamaly in the year 1980. He is currently the Board Member of Welfare Services Ernakulam. He has served the organization for three years in the capacity of the Zonal Director and later

Fr. Joy (Thomas) Perumayan is a Graduate in philosophy from Kerala University and he has taken Diploma in Catechesis, Mass media from Bangalore and a Diploma holder in Computer Applications. Fr. Jose became a diocesan priest of the Archdiocese of Ernakulam-Angamal in the year 1992. He is currently the Board Member of Welfare Services Ernakulam. He has served different parishes in the capacity of Vicar under the Archdiocese of Ernakulam-Angamaly.

Sr. Ancy Mappilaparambil is religious nun belonging to the congregation of Sisters of the Adoration of Blessed Sacrament. She served as a Higher Secondary School Principal till the year 2005 and is now retired. She continued as social worker in the city of Kochi till the year 2013. She became provincial superior of the congregation in 2013 and is currently continuing the same position. She is a post Graduate in Social Work (MSW) from Indira Grandhi Open University in the year 2010 and MA from Kerala University.

Sijo P.E. is actively involved in media and journalism since 2008. He is a native of Kanjoor, Aluva of Ernakulam District in Kerala. He is a Post Graduate in Philosophy from Sanskrit University, Kalady. He is also Post graduate in Journalism and Communication from Bharatheeya Vidya Bhavan, Kochi. He is a member of Kerala Union of Working Journalists (KUWJ) and Treasurer of Press Club, Ernakulam. He was member of the Pastoral Council of Archdiocese of Ernakulam- Angamaly from 2014 to 2017. He served as the commission member of POC under Kerala Catholic Bishops Conference.

Fr.Biju Varghese (Perumayan) has taken post Graduation in Theology, Licentiate in Social Teachings of the Catholic Church from Gregorian University, Rome (1998-2001); Licentiate in Oriental Canon Law from Oriental Institute, Rome (2008-2011) and his Doctoral Studies from Pontifical Oriental Institute; Rome (2011-15) Fr. Biju is a diocesan priest of the Archdiocese of Ernakulam-Angamaly in the year 2002. He is currently the Board Member of Welfare Services Ernakulam. He has served different parishes in the capacity of Vicar under the Archdiocese of Ernakulam-Angamaly. 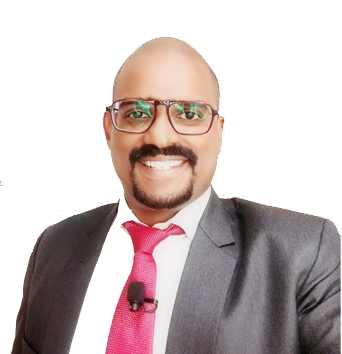 Mr. Robin Tommy, is currently serving as our Chief Consultant and is currently working with Tata Consultancy Services. He has been ranked # 21 amongst Top 100 thought leaders and influencers for 2020 by Thinkers360 platform. Robin has won the most coveted Distinguished Engineer Award and NASSCOM Engineering and Innovation Award. Robin has co-authored one of the best selling technology book "Building Smart Robots using ROS". Robin is well known for his contributions to the Assistive technology innovations in India. He has filed more than 80 patents with 20 grants and published more than 25 research papers in IEEE, Springer and ACM. His TEDx talk on Social Innovation and Assistive technologies has been trending. Robin is currently working in driving customer research and Business innovations in Artificial Intelligence, Robotics, Immersive Customer Experience, IOT and Blockchain technology domains in Tata Consultancy Services, India. He and his team are the mastermind behind the first humanoid launched in Indian Airports at Indira Gandhi International Airport, New Delhi. He has been involved in various social innovations and assistive technology research for the differently-abled society. He is working closely with the cerebral palsy, autism and hearing-impaired society creating next generation products through research and bringing in frugal innovation initiatives to the special world. Robin and team has started research for the Parkinson's and ALS (Amyotrophic lateral sclerosis) society for creating assistive technology products for improving their quality of life.